My baby “graduated” from kindergarten this week. 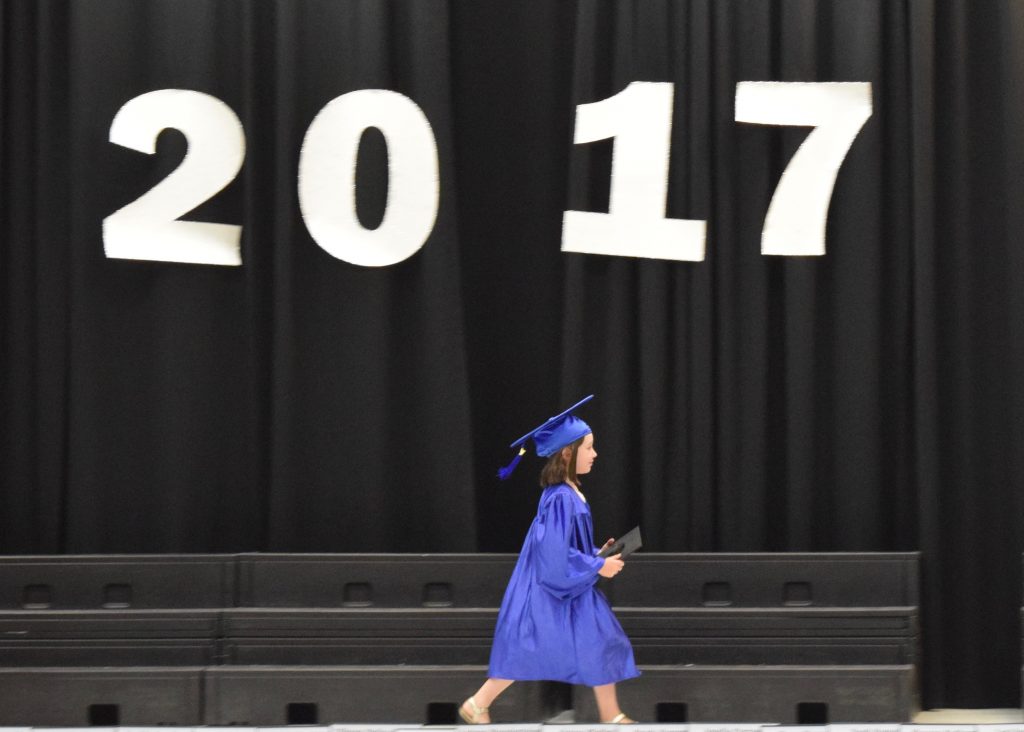 She “graduated” from pre-K last year, too, though there was a bit less pomp and circumstance. Is it silly? A little. Is it fun?  Sure.

Does it tug at a mama’s heart strings?  Absolutely.

It feels like we are in a season of change right now.  On Saturday we finally bought some carpet for the house. (We’ve only been talking about replacing the carpet since we moved into the house — eight years ago.)

Of course, in order to install the carpet, they have to move furniture, and they won’t move anything with anything on it. Between that and the fact that we are switching Devyn’s room with the guest room, and it seemed like the perfect time to clean up, clean out, and then move everything around.

We spent most of the day today doing just that. B remarked at how much stuff we had packed into that guest room.  It certainly didn’t look like it was super full of stuff, but man.  It was. I wish I’d taken a before picture, but I took a few “during” that I’ll post when the project is done.

We’re nowhere near done, but we already have enough stuff in the garage to give and throw away that I can no longer park my car in my parking spot. And it seemed like every time I moved to do something, I thought of another project that needed doing. I told B it was like, before we started, everything was in stasis, and now it’s aaaaaalllll in flux.

I’ve always been a bit of a minimalist at heart, or, as I prefer now, an essentialist. Getting rid of stuff feels good to me! But it is a massive undertaking. I don’t want to move anything and put it back after we have new carpet that I don’t have to.

It’s interesting the things we have held on to simply because it’s easier than doing something with them.  For example, I had a whole shelf of a bookshelf full of books on writing — that I hadn’t looked at or used in years.  I kept a few that were special to me, but it was surprisingly easy to let go of the rest.

We were pretty busy this week with end-of-school activities, so I there’s not as much to share. 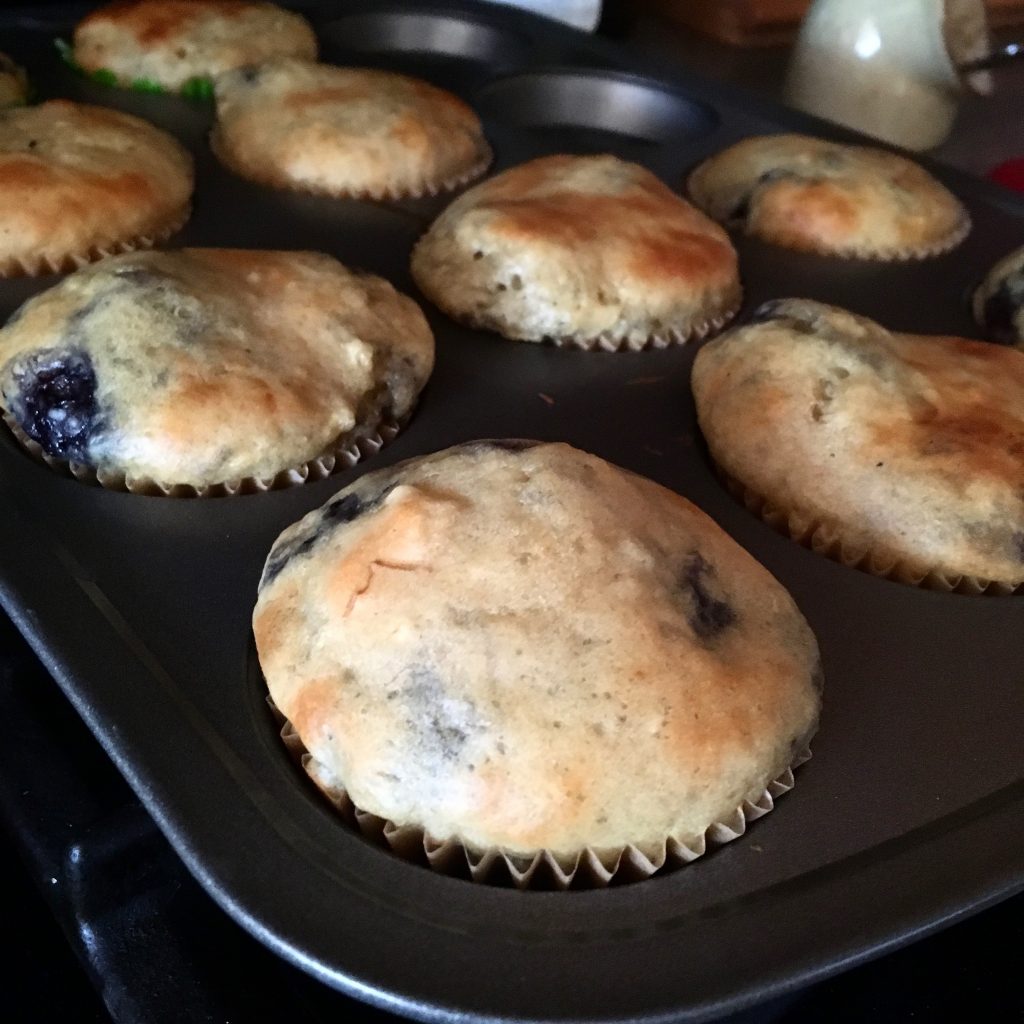 Made these blueberry muffins from Drizzle Me Skinny. Tasty, but being low fat, they are a little chewy. 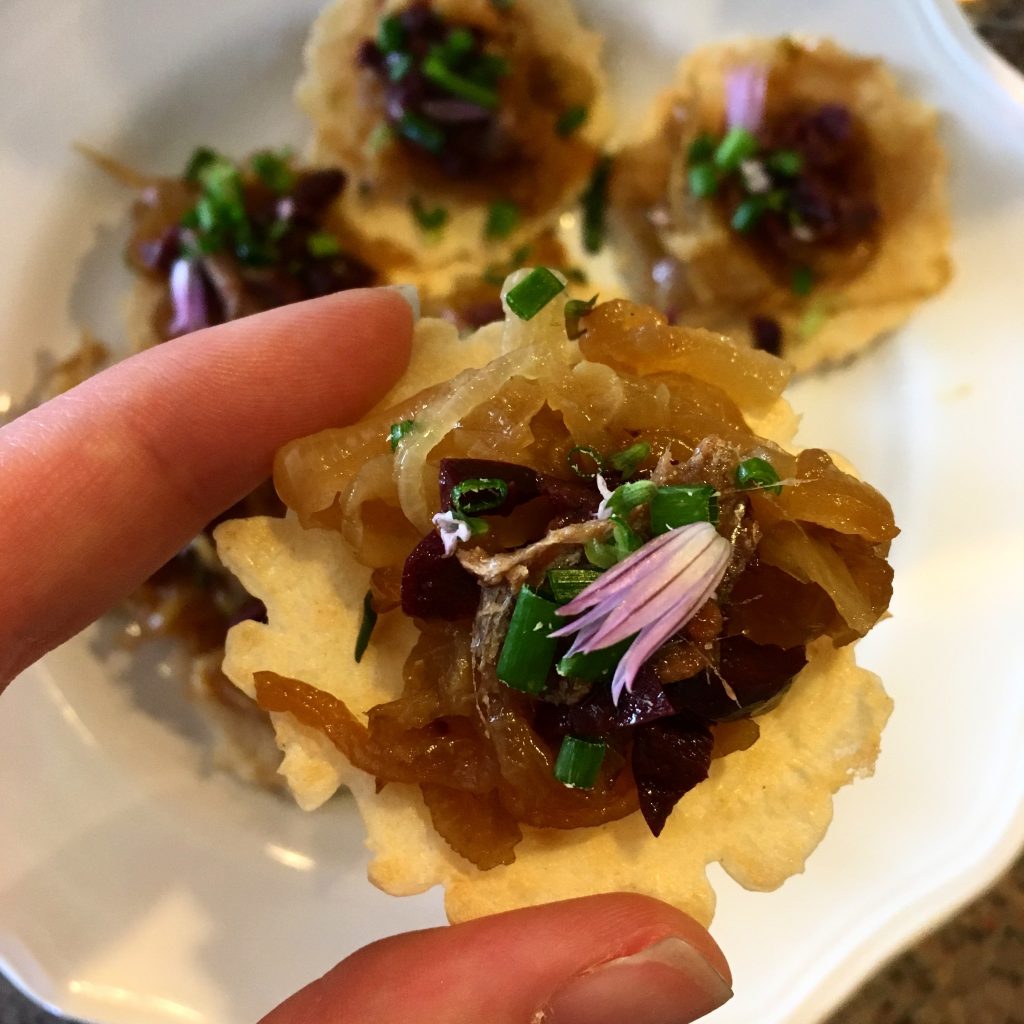 I invented these “pissaladiere” snacks with the caramelized onions and fennel from last week’s clean-out-the-fridge cooking.  You can see the recipe, such as it is, on my Instagram. 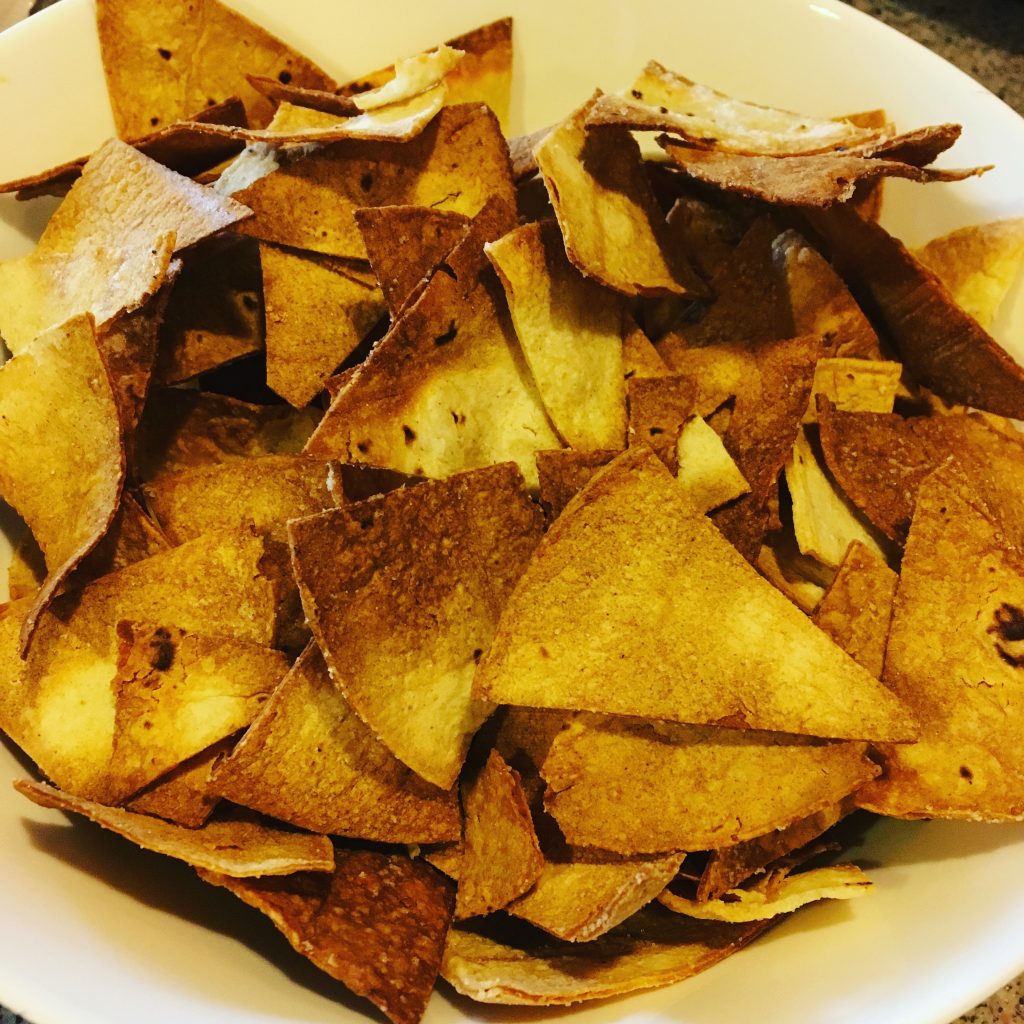 I also tried making tortilla chips in the air fryer for the first time!  They got quite brown, but that didn’t affect the taste at all — delicious!  I’ll definitely be doing that again. 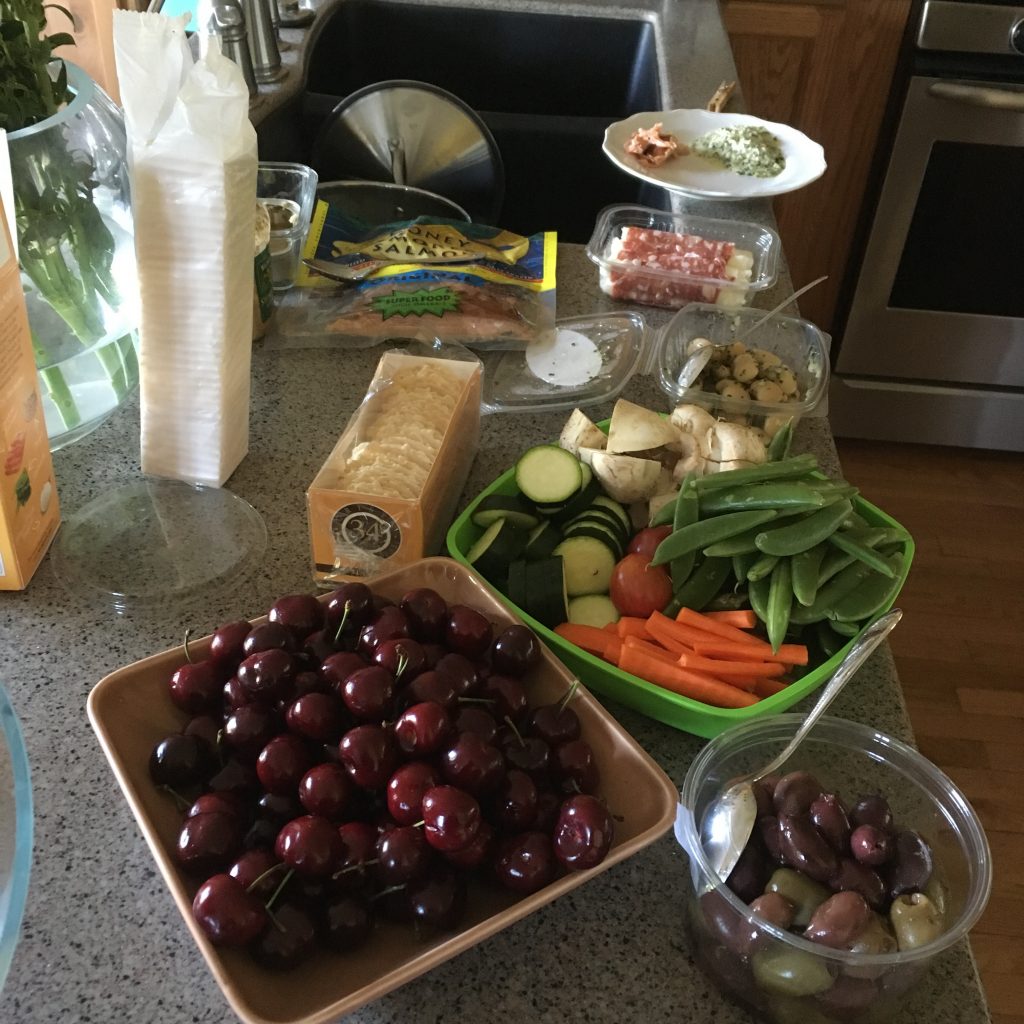 And tonight, exhausted from a day of minimalism, we had a snacky dinner — in that I simply pulled a bunch of nibbles out of the fridge and let everyone build a plate. 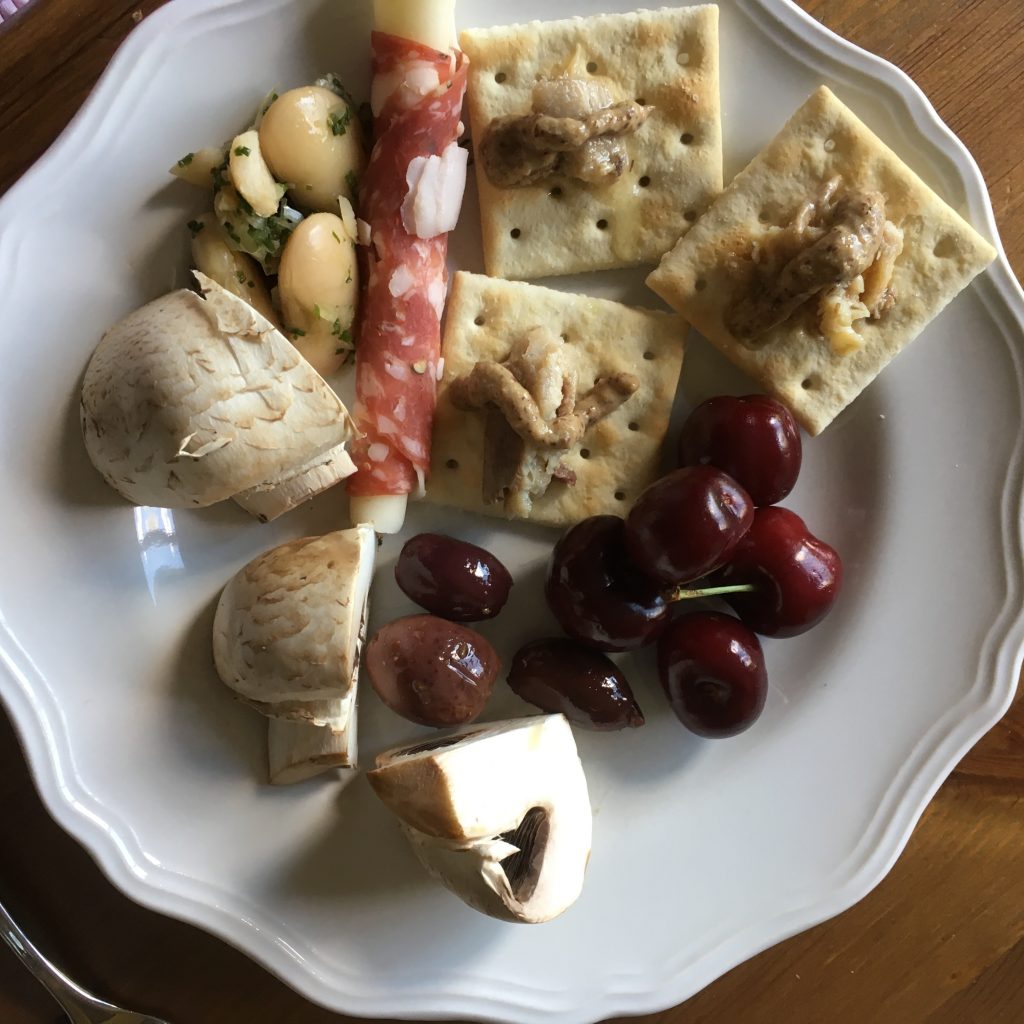 Devyn went with sardines on saltines and lots of mushrooms… 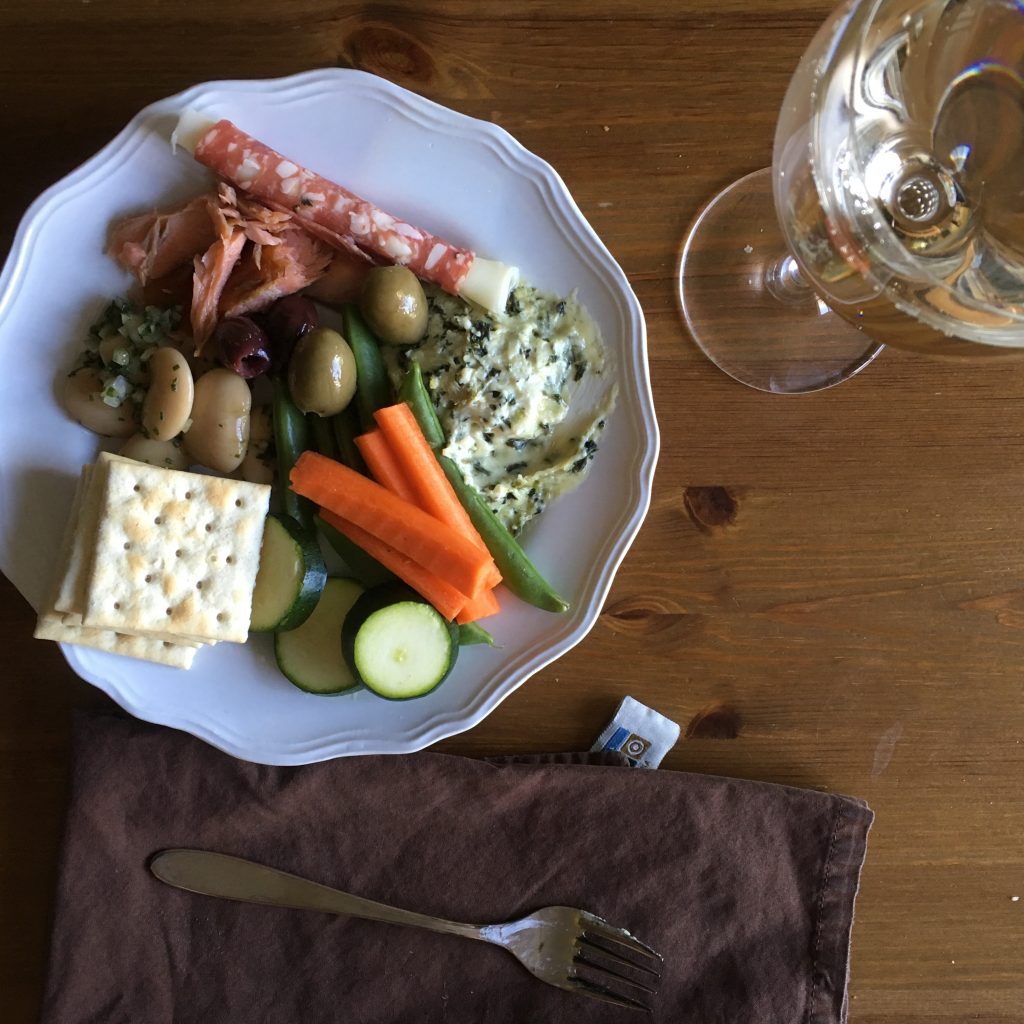 While I went heavy on the crudité and selfishly finished up the spinach artichoke dip.

Thought I’d add a new section this week and throw in my meal plan. I tend to plan out 5–6 meals, and I don’t always assign them a day, to leave some wiggle room in my planning. This week I’m trying to use up some of what we have in the pantry and freezer:

I’m also planning to make some variation of avocado cilantro dressing because our cilantro is going bonkers in our garden.

Updated January 2023 I’m a big fan of the idea of capsule wardrobes in theory… The idea that...