As most of you know, I don’t personally advocate giving up an entire food category—like gluten, fat, sugar, etc.—just to lose weight unless you have a real reason to.  So I was very interested when I saw Dr. Samantha Brody of the Natural Health Center in Portland running some webinars about whether going gluten-free is for everyone. I asked her to answer some questions for us, and she was kind enough to oblige! 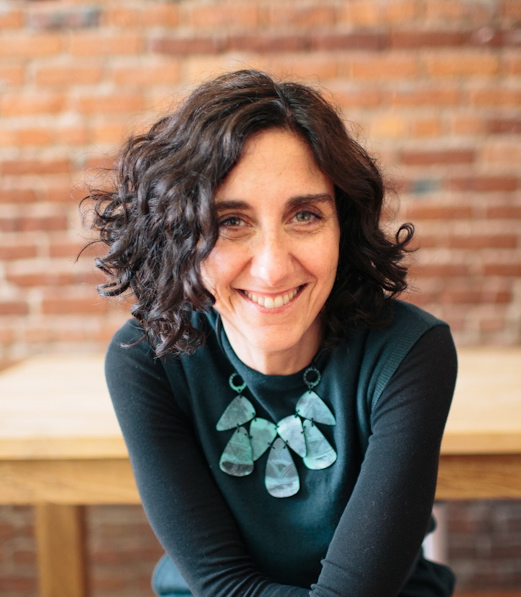 LLP: Tell me a little bit about you and the Natural Health Center.

SB: I am a licensed Naturopathic Physician and acupuncturist and the owner and founder of Evergreen Natural Health Center in Portland, Oregon where I practice with several other complementary medical pracitioners. I earned my doctoral degree in Naturopathic Medicine in 1996 and my Masters of Science in Oriental Medicine in 2001 from the National College of Natural Medicine, also in Portland, Oregon. My practice is that of a true integrative physician as naturopathic physicians in the state of Oregon are trained and licensed as primary care providers and also trained extensively in complementary modalities such as nutrition, herbal medicine, supplements and lifestyle counseling. In my general medical practice I have an emphasis on empowering patients to make changes that are in alignment with their health values and goals. Whenever possible, instead of simply prescribing a medication, or even a supplement, I educate, present choices, and then empower patients to find their unique path to health.

Are there more people with gluten allergies/intolerance than before, or do we just have better testing methods?

Well, for celiac disease, which isn’t an allergy but an autoimmune response to gluten (the protein found in wheat, barley, and rye), the prevalence is actually increasing. Additionally, the medical establishment is finally acknowledging that there are people who have severe inflammatory and neurological reactions to gluten. This is called non-celiac gluten sensitivity. There is testing for this but it’s in its early stages and isn’t really recognized by the medical establishment as yet. There is a third category which even the alternative celiac researchers don’t acknowledge that I’ll call gluten intolerance. I use this phrase to refer to people who simply feel better when off of gluten but who don’t actually mount an immune response. It may be that when we develop better testing that there will be a way to test for this but for now, it, and non-celiac gluten sensitivity, can be identified by eliminating gluten, feeling better, then reintroducing it and feeling worse.

Why do you think gluten-free diets are enjoying so much popularity these days?

When I was a tween there was a commercial for a shampoo called faberge organics. The actress (early Heather Locklear) says about the shampoo  “…it was so good I told two friends about it. And they told two friends. And so on and so on…” with an image of the actresses face multiplying exponentially. I think this, and the celebrity factor, are the main things that are driving the popularity of the diet. But none of that would actually cause it to become popular if the majority of people weren’t feeling better with a gluten-free lifestyle.

I know a lot of people are going on a gluten-free diet to lose weight, even if they don’t have an allergy. Is that a good idea?

Going from a gluten-filled poor diet to a gluten-free poor diet isn’t going to cause anyone to lose weight unless it’s water weight due to a sensitivity. Twenty years ago there were very few ‘alternatives’ for gluten foods so going on a gluten free diet would most typically have people shifting to eating more whole foods, doing more cooking at home and generally being more attentive. These days, gluten-free junk food is available pretty much everywhere. Gluten-free diets can and will help people lose weight if it is done as part of an overall shift in thinking about food including a move toward smaller portions, whole foods, and avoiding junk.

Tell us about your program.

Gluten-free Vitality: 5 Weeks to Your Energy Breakthrough is about figuring out how to make the most of your diet and lifestyle to vastly increase your energy. When I ask my patients and clients what their fantasy would be for their health, almost everyone says ‘more energy.’ Kelly Courson from celiacchicks.com and I have developed a signature program for those who are already gluten-free or for those who have been wanting to try it (or need to do it!) to identify what changes will help them attain and maintain lasting energy for the long haul.

Each week there are lessons about the different things that can impact fatigue including medical, environmental, nutritional, and lifestyle issues, with simple action plans as well as guest expert recipes and interviews. At the end of the 3rd week and the 5th week we have a live Q & A for participants to call in and ask questions. There is also an exclusive facebook group for community support.

We’re so excited about getting started. People can feel free to check out the link and contact us at GlutenFreeVitality@gmail.com with any questions!

We have a few free short videos that we put together for people interested in gluten-free diets. Thought I’d go ahead and share those with your readers too!

The Truth Behind the Trend: Is Gluten-free for Me?
Why You’re Still Tired: Gluten-free Foods That Steal Your Energy

Dr. Samantha Brody is a licensed Naturopathic Physician and acupuncturist and the owner and founder of Evergreen Natural Health Center in Portland, Oregon. She earned her doctoral degree in Naturopathic Medicine in 1996 and her Masters of Science in Oriental Medicine in 2001 from the National College of Natural Medicine, also in Portland, Oregon. She has a general medical practice with an emphasis on empowering patients to make changes that are in alignment with their health values and goals. She is a skilled diagnostician, most often finding answers by looking at the whole picture, instead of simply at a symptom.

One thought on “Is Gluten-Free for Me? An Interview with Dr. Samantha Brody”

We had such a great time at Devyn’s 7th birthday party. My mom flew out a few days...