My house is kind of a wreck right now.  But we had fun wrecking it.

Yesterday we hosted a fairy garden party for my daughter’s sixth birthday. She told me she wanted a fairy party, but also wanted to invite some boys — who I didn’t think would be thrilled with lots of pink and glitter. So together, we came up with the idea of planting fairy gardens as the party’s main event.

I spent plenty of time looking at Pinterest for “woodland fairy party” ideas and came up with a combination of my own. 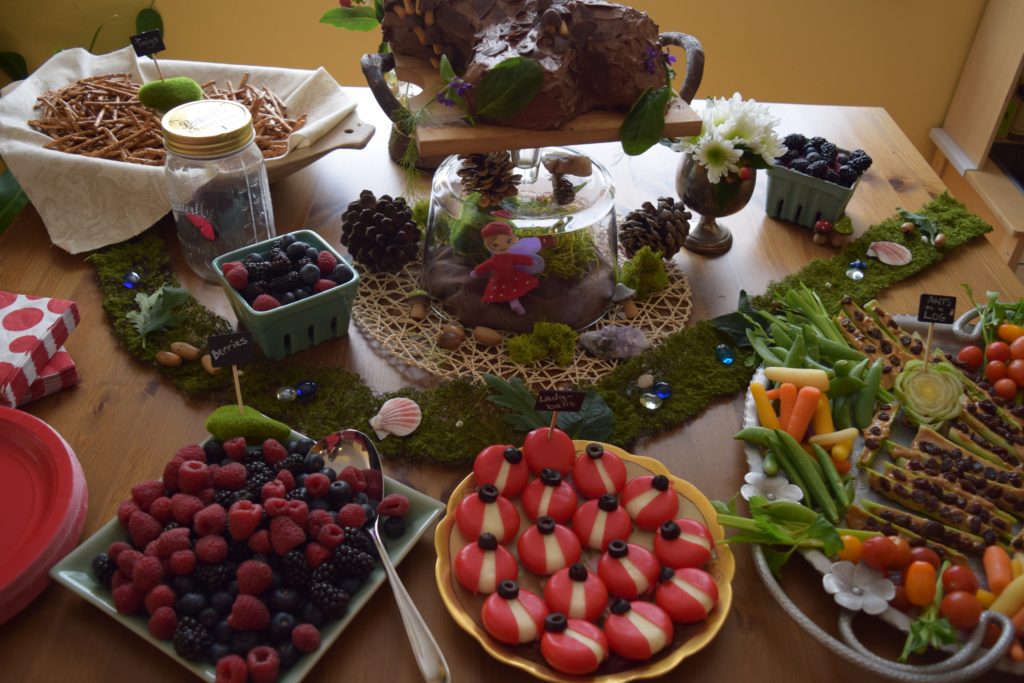 We had an afternoon party, between lunch and dinner, so I just provided snacky foods.  We had “twigs” (pretzel sticks) and berries, Babybel cheeses made to look like ladybugs, ants on a log, and crudité. 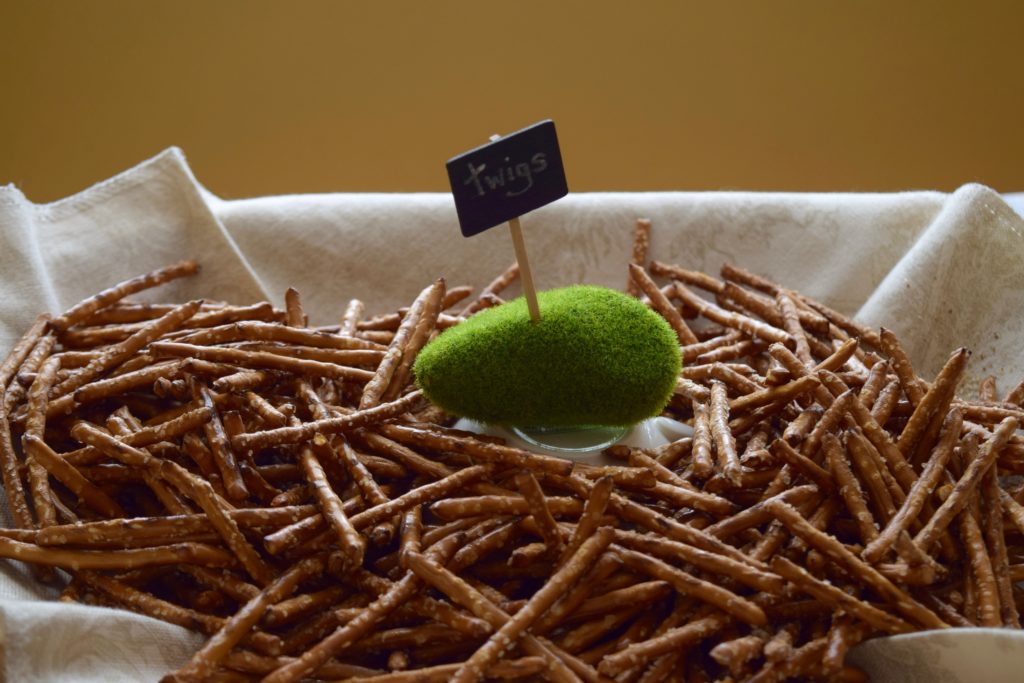 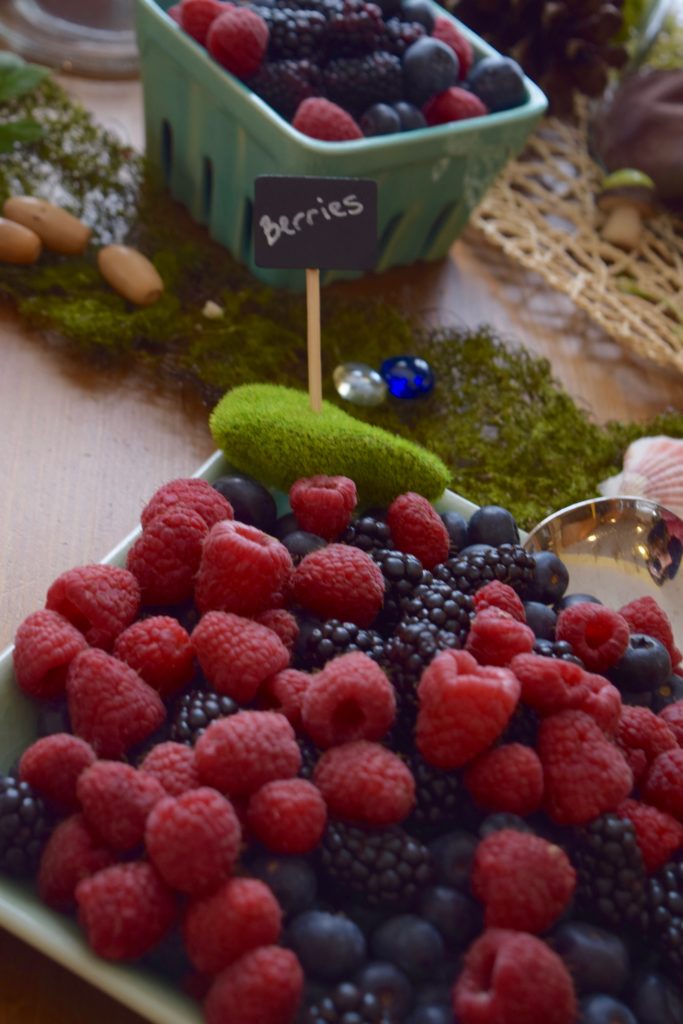 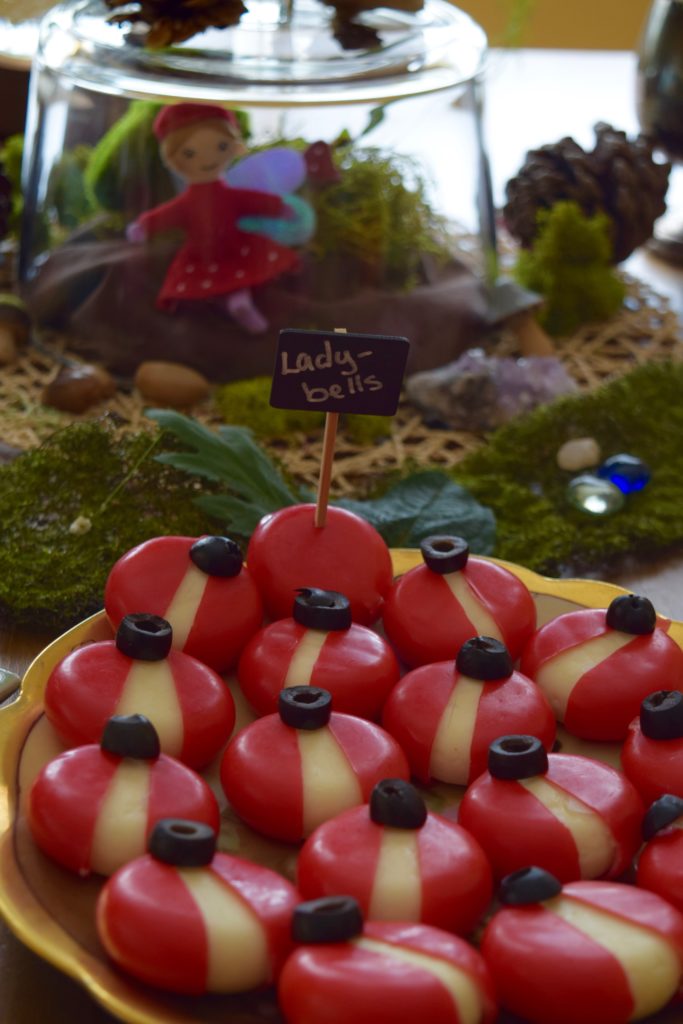 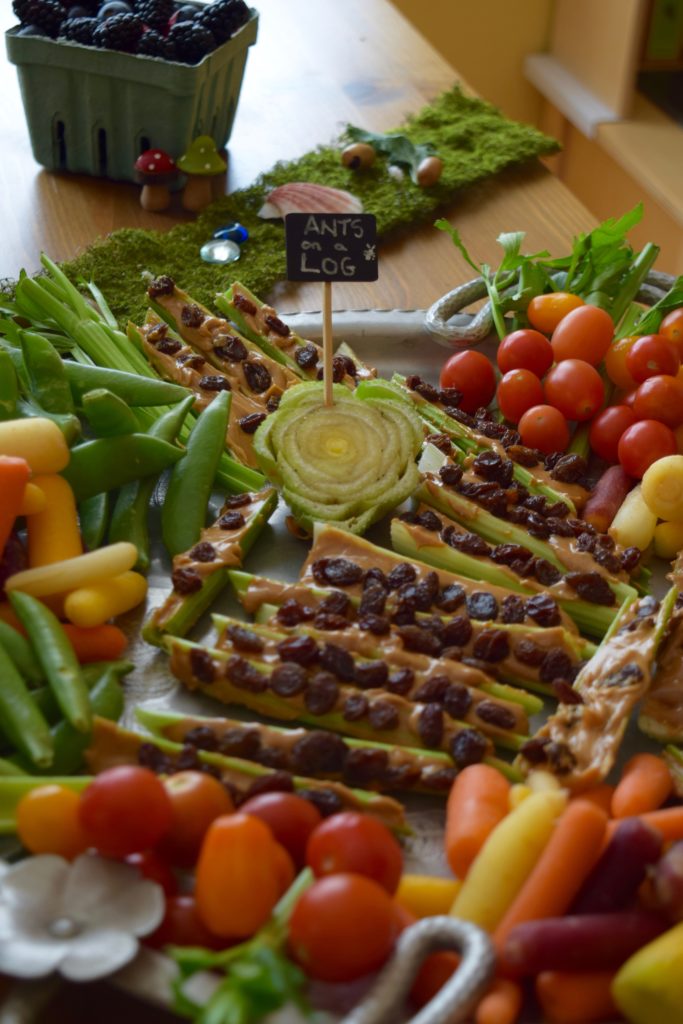 Because we invited her entire class, plus some friends from outside school (never inviting that many kids again! haha!) we had a LOT of mouths to feed, so I made two kinds of cake: a buche de noel rolled cake, and a batch of vegan chocolate cupcakes from our favorite chocolate cake recipe. 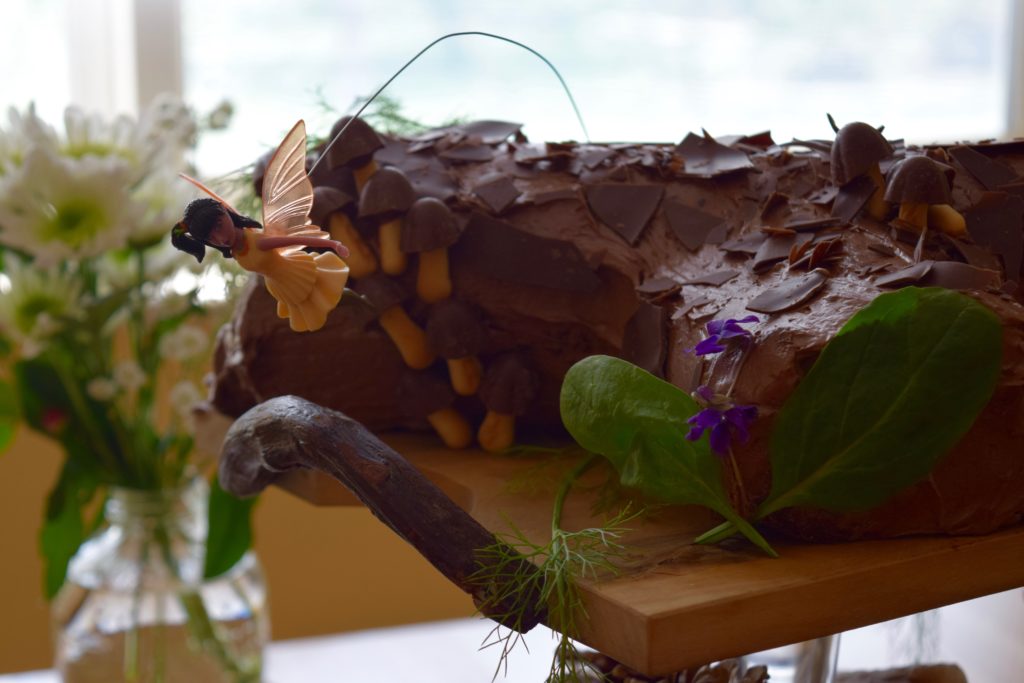 I’m pretty pleased with the way the cake turned out! I decorated it with chocolate shavings, Chocorooms candies, edible violets, spinach leaves, and fennel fronds. 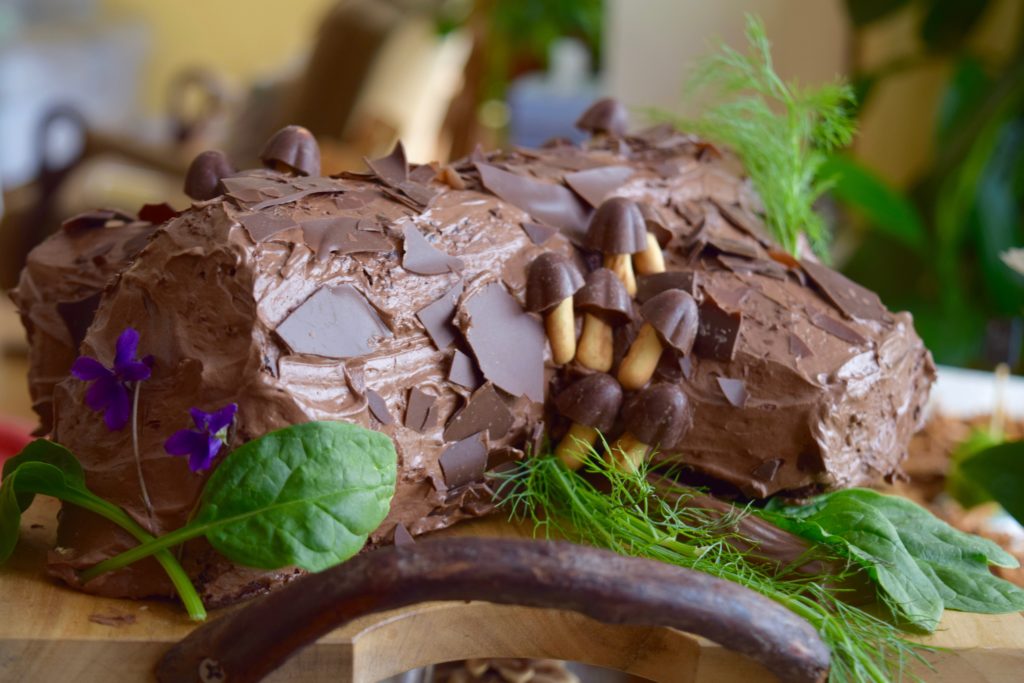 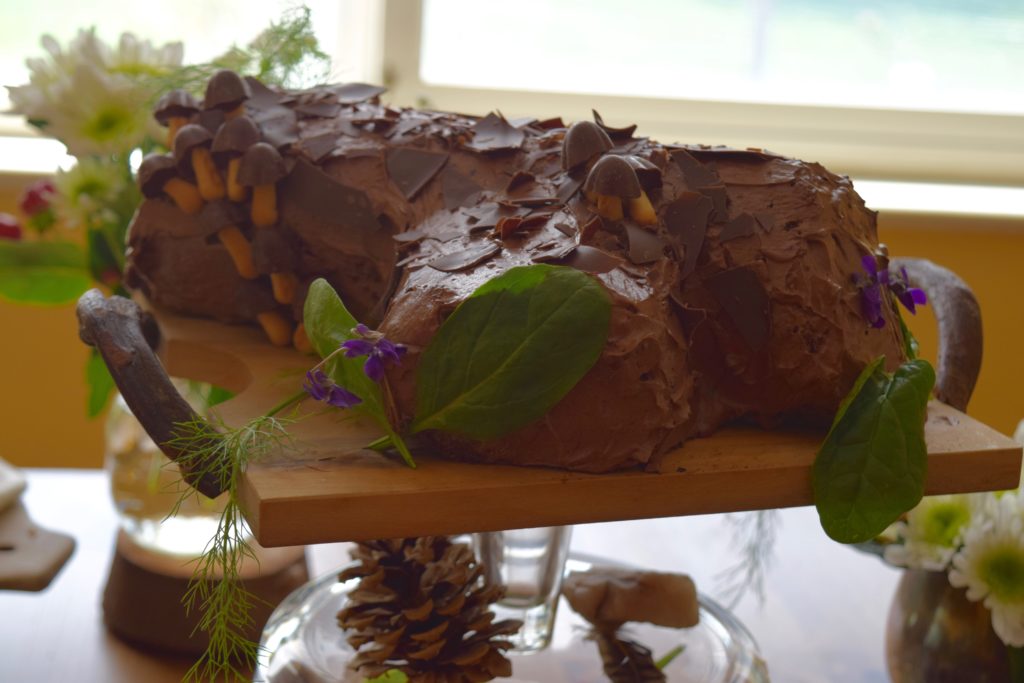 The log cake was the centerpiece of the table, but we also had a desserts table where I displayed the cupcakes, and some fun candies. 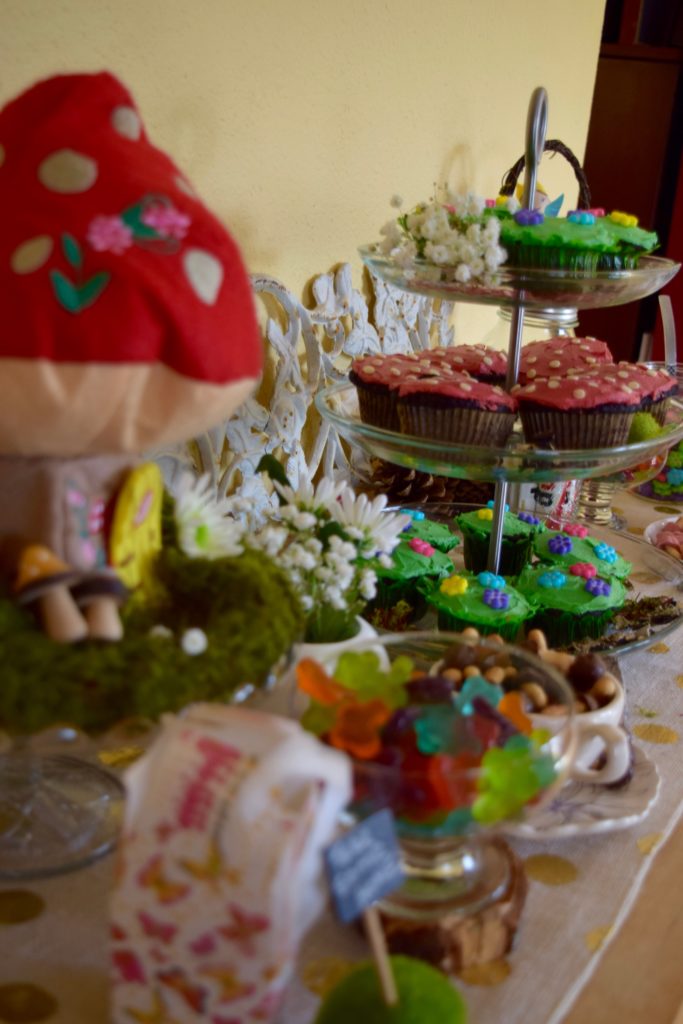 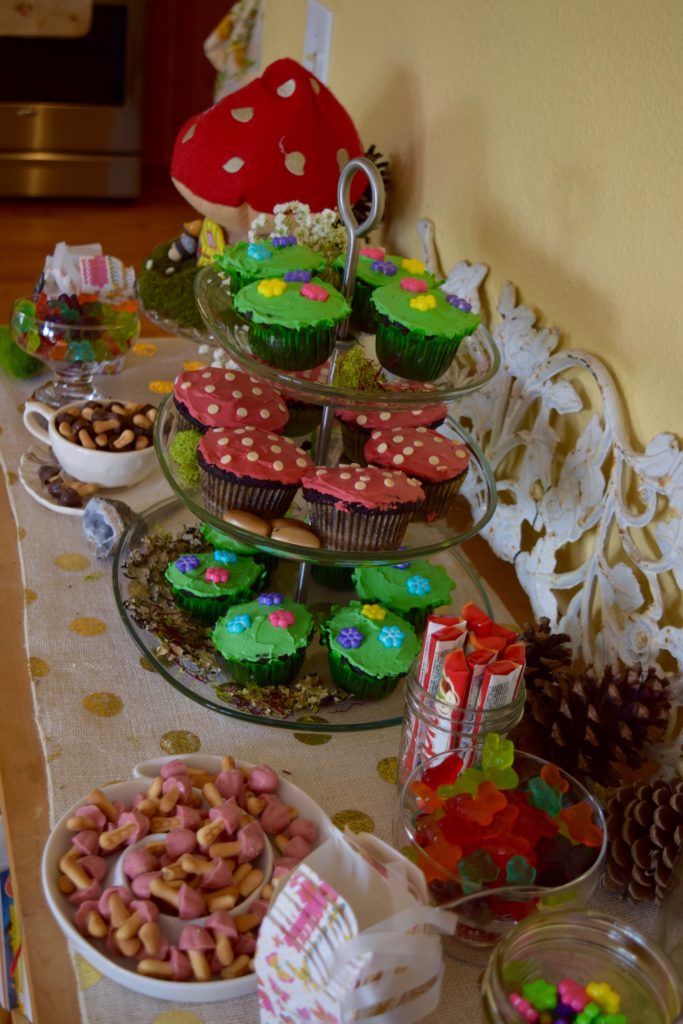 I decorated half of the cupcakes like amanita (red and white) mushrooms by using mini white chocolate chips for the spots. The other half I iced with green and put the flower-shaped candies on top.

You can see we also found butterfly gummies (from Williams Sonoma — an Easter special) and strawberry Chocorooms.

I had so much fun decorating both tables with florists’ moss, pinecones, acorns, seashells, glass beads, crystals, etc. A lot of what we used were things my daughter already had around to play with.

I made the “terrarium” cake stand by inverting a trifle dish! I put one of my daughter’s fairy dolls and some moss and other items on a bunched up brown cloth napkin to make the little diorama, and then put the cake platter on top. 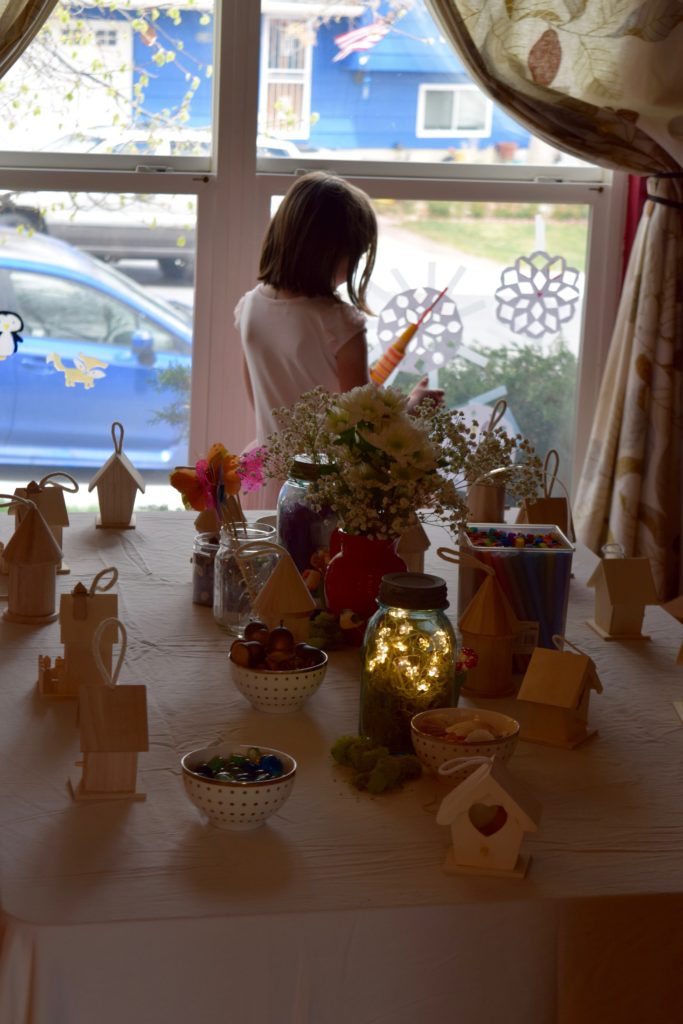 In the other room, we set up a craft table. Each guest got to decorate a tiny birdhouse (unfinished from Michael’s) with markers. Then they went outside to plant their garden. 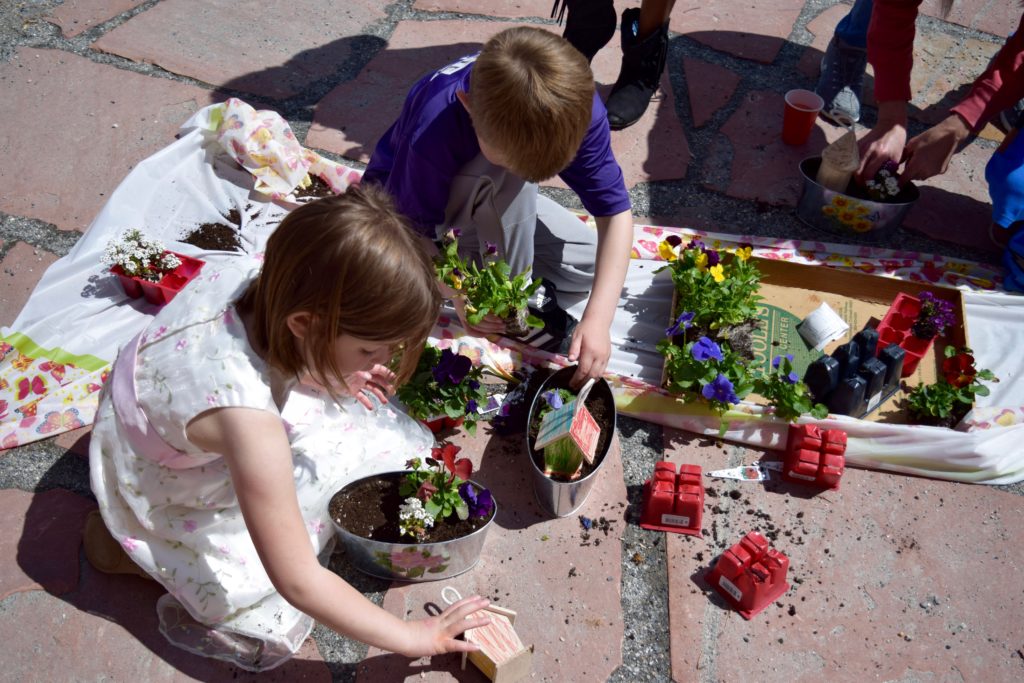 I found the metal containers at the dollar store (!) and we bought six-packs of plants like pansies to let each kid have two small plants. 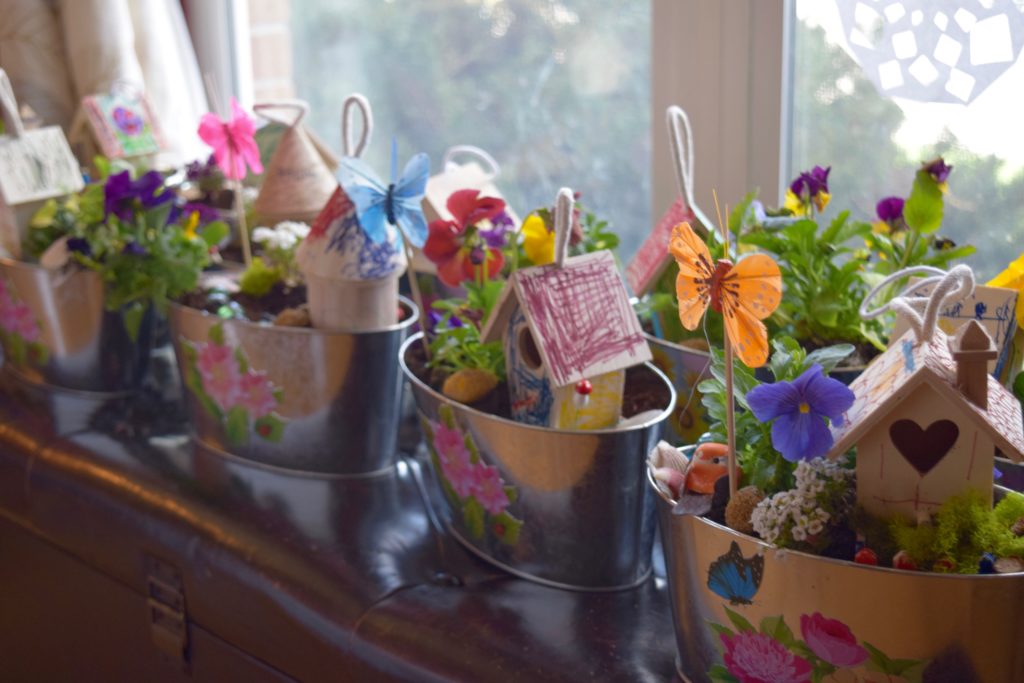 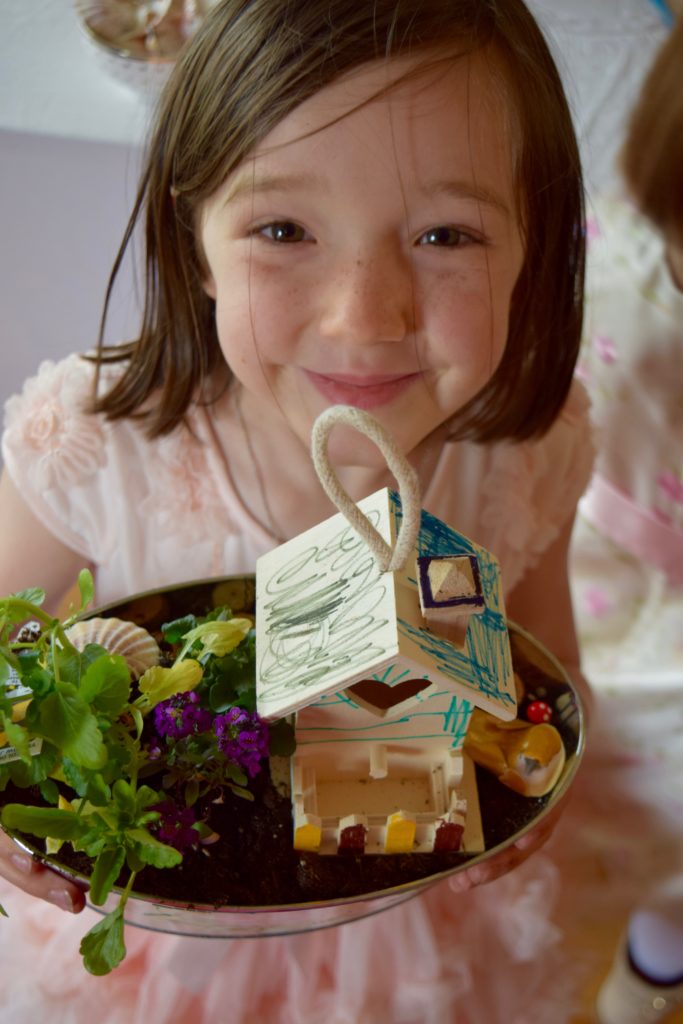 Back inside, the kids added tiny birds, butterflies, seashells, glass beads (all found at the dollar store), acorns, tiny mushrooms, and other inexpensive goodies I found at various craft stores.

The gardens were a big hit with the girls and boys! Other than eating cake, the gardens were our only big activity. The rest of the time, the kids had fun running off the sugar high in our back yard.

I sent everyone home with a mini Chinese takeout-style box (also found at the dollar store) filled with the various candies of their choice and their gardens.

Building a food forest is… a lot. A LOT. We thought we knew this going in, but there’s...