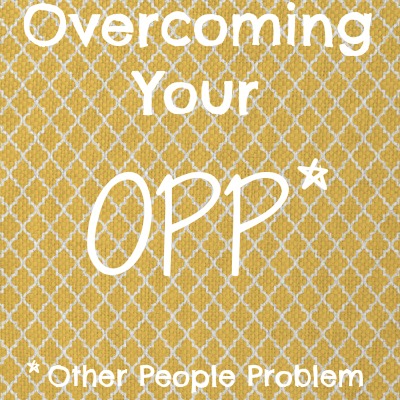 I’ll be the first to admit that I have a couple of OPPs.  The baby food one was definitely something I experienced—and now that my daughter is older, the fact that we’re still nursing past her first birthday has definitely garnered me some unusual looks.  People usually make some kind of comment about  how I must be supermom—tinged with a slightly disapproving air.

(P.S. I’m totally NOT super mom.  There’s no such thing.  These are just the choices that have been right for us.  And yes, my daughter sometimes eats Goldfish crackers.)

When I worked full-time in a big office and brought my lunch on a regular basis, I got that slightly snide smile accompanied by, “Oh, you’re so good…” when certain people saw my big salads or bowls of vegetable soup.

Truth is, we’re practically genetically predisposed to judge other people in American culture, and food is a HUGE opportunity to do so!  I had a friend who told me once that she loved subscribing and reading trashy celebrity tabloid magazines.  She said, “It’ll report something like, ‘Jessica Simpson was seen at Cheesecake Factory ordering two slices of cookies and cream cheesecake,’ and I’ll think, that cow!” (She wasn’t totally serious, of course, but it makes the point!)

But here’s the thing about OPPs—they’re the Other Person’s Problem.

It’s tough to remember but 99 times out of 100, if someone is giving you crap about your food choices—even passive-aggressive, disguised-as-a-compliment crap—it’s because they feel bad about their own choice.  It has bupkiss to do with you!

This is such a big thing to realize.  If you can internalize the fact that almost everything someone else says in regards to your food choices is actually about their food choices, it will make you free.  Seriously!

Because these are your choices!  You’re a grown-up, you’re making these choices for yourself and your family, and it’s OK to own it.

And leave those OPPs to other people.

Have you had an OPP?  Let me know what it was—and how you overcame it—in the comments below!