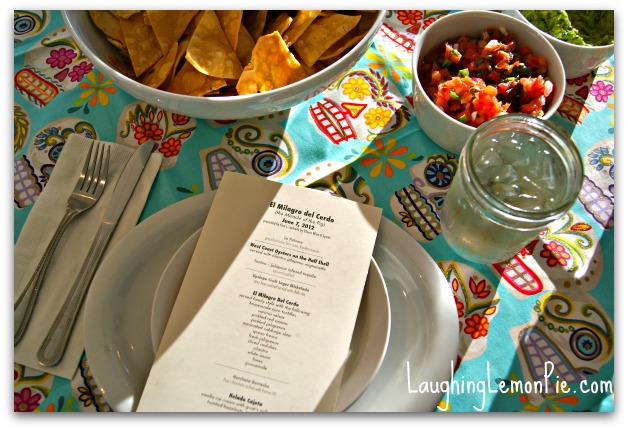 When you get invited to a dinner called El Milagro del Cerdo (the Miracle of the Pig), how can you possibly refuse?

I’d heard of Pica’s Mexican Taqueria in Boulder, but I’d never been there, so I was thrilled to have the opportunity to try them out on this special occasion: a family-style dinner featuring the Bo Ssam Miracle pork shoulder recipe from Momofuku Ssam Bar in Manhattan.

As it turned out, owner Trent Davol had become a bit obsessed with Momofuku’s chef, David Chang, reading his books and trying his recipes.  He had been looking for a way to do a family-style dinner at Pica’s, and when he came across the bo ssam pork recipe, he thought he had found it.

We started with a huge bowl of addictive freshly made chips with guacamole and a fresh pico de gallo salsa, along with a delicious spin on a Margarita called La Paloma (recipe to come!).  The nibbles were followed up with two beautiful platters of West Coast oysters on the half shell served with cilantro jalapeño mignonette and a shot of jalapeño-infused tequila—a seductive and spicy beginning.  But what we were all really there for was the pork. 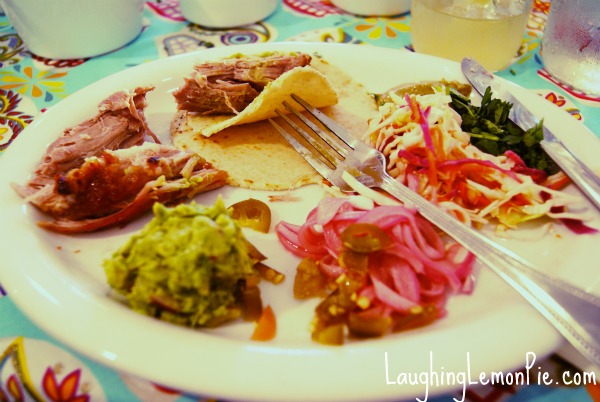 For this dish, a pork shoulder is dry brined with sugar and salt, then slow roasted for six hours before a second application of sugar and salt is applied and blasted at high heat until it caramelizes into a laquer.  David Chang serves the pork in the traditional bo ssam fashion at Momofuku, in lettuce cups with kim chee.  Trent Davol serves it in homemade corn tortillas with pickled onions, sliced radishes, guacamole, and a dizzying array of salsas and other condiments.

It is, in a word, miraculous. 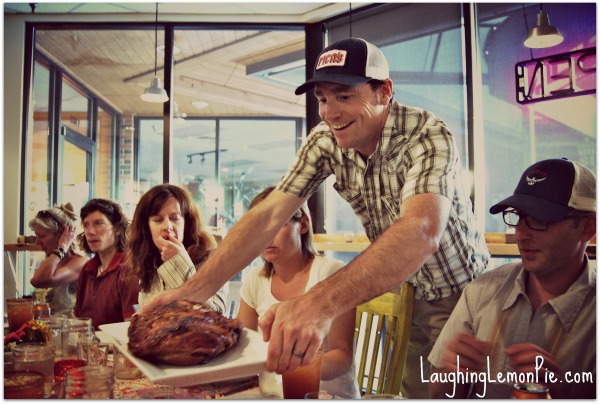 Davol (serving above) told us that he isn’t a chef.  He said, “I can read, and I can cook.”  When pressed, he told us the difference was that a true chef could create a menu and new dishes.  I’ve got to say, I think he did a pretty fine impersonation of a chef by that definition, translating this Korean staple into a Mexican triumph.

Davol plans to add El Milagro del Cerdo to the dinner menu as a special call-ahead event for you and nine of your closest friends, and he suggested he might repeat the family-style dining event.  (Which I think he would be wise to do; the people at my end of the table were talking about making it a monthly ritual, and I was certainly tempted to join them.)

And by all indications, just about anything on the menu at Pica’s will be tasty—if perhaps not quite so miraculous.

Got some free tickets to the Gluten Free & Allergy Friendly Foods Show here in Denver, and it just...

This easy paella recipe is from the book, 400 Calorie Fix by Liz Vaccariello (I believe it is out...